Adjudicators for the Nelson Festival of the Arts 2022 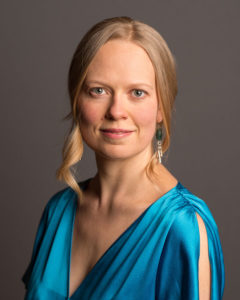 Kiiri Michelsen, a Canadian-Norwegian mezzo-soprano, is active in performance, teaching, coaching, and research.  She began teaching in the ’90s and has taught in Victoria and Montreal, both privately and on faculty at various music schools, including the Sidney Community Music School, Brentwood College School, Con Brio Music School, and the Victoria Conservatory of Music.  She is regularly in demand to coach soloists, choirs, conductors, and anyone looking to improve their ability to sing language clearly, correctly, expressively, and with maximum vocal ease.

Kiiri’s wide-ranging musical interests and performance experience in different genres contribute to a flexible teaching style which has lent her success with students aged 6 to 80+.  Although much of her teaching focuses on the classical repertoire, Kiiri also has experience in other styles including jazz, musical theatre, folk, and popular music.  She also has a fondness for performing in non-classical styles and can be heard as a featured soloist in concerts of repertoires such as the American Songbook catalogue, classic Broadway, and French chansons.

Kiiri is a versatile performer, praised for her “lovely warm voice and excellent technique”.  She is looking forward to adjudicating the Voice, Speech, and Musical Drama performances at our Kootenay Festival, and we are excited to welcome her to Nelson! 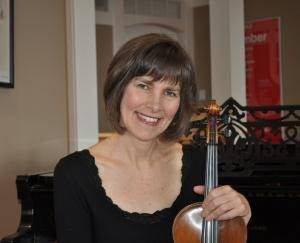 One of the lower mainland’s most active violin pedagogues, violinist Carla Birston is returning to Nelson to adjudicate our festival.  Carla has dedicated her career to fostering the joy of playing and learning with students of all ages and levels.

Carla holds a Bachelor of Music from UBC where she studied with Gerald Stanick;  she also holds an A.R.C.T.  in piano and enjoys accompanying her students.

Along with a busy career as a freelance musician and a private teacher, Carla is directing the string ensembles at the Vancouver Symphony School of Music where she is also a private teacher and the Chair of the String Department.

In 2018,  Carla adjudicated at our festival, demonstrating her skill and sensitivity in working with students at all levels.  She was encouraging and insightful, able to find something positive in each performance as well as to describe and demonstrate strategies for improvement.  Carla’s adjudications became opportunities for all players to learn and to improve. 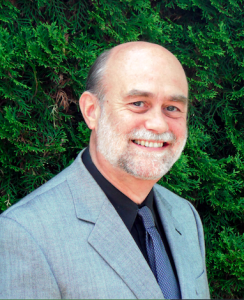 Alan Crane holds a Bachelor of Music (University of Western Ontario) and a Master of Music in Piano Performance (University of British Columbia). For over thirty five years he has been teaching a full class of students ranging from young beginners to pre-professional young musicians to adults. Many of Mr. Crane’s students have gone on to pursue careers in music. In addition to being on the faculty of the Vancouver Symphony Orchestra School of Music, where he recently completed a term as Chair of the Piano Department, Mr. Crane teaches part-time at the Langley Community Music School where he served for many years as Coordinator of the Piano Program.

As well as teaching, Alan Crane is an active performer. He is a founding director and pianist with the popular Vancouver concert series West Coast Chamber Music, is a sought after accompanist and has presented numerous solo recitals in Canada and the UK. He is also active as a festival adjudicator and is a member of the Canadian Music Festival Adjudicators Association and the College of Examiners of the Royal Conservatory of Music. 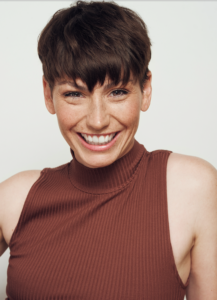 Greer Whillans is a Canadian-born professional dancer, instructor and choreographer. She has received great accolades for her choreography showcased in Crazy 8’s Opening Gala directed by Maxime Beauchamp. A sought-after instructor, she was the principal dancer for many years at the Vancouver ‘WE Day’ events, where she taught over 17,000 youth annually the WE Day dance at Rogers Arena. She is a valued instructor and crew member at Groove Street Dance Conventions, where she works closely with many of the industry’s top professionals. She comes highly recommended as an assistant by many of Vancouver’s top choreographers including Moe Brody and Joanne Pesusich.

Greer is a valued dance educator and adjudicator, she enjoys sharing with students of all ages and levels. She teaches regularly at Harbour Dance Centre, Vancouver’s top drop-in dance studio and Guest teaches throughout Western Canada and the USA. Greer is passionate about learning and exploring new ways of moving to share with her students. Versed in many styles, Greer has strengths in Hip Hop, Street Jazz, Contemporary, Ballet, Jazz, Lyrical, Modern, and Improvisation. Greer performed with the site-specific contemporary dance company, Heidi Duckler Dance based out of LA. As one of their primary Teaching Artists, Greer brought inspiration to many underserved youths of the South and East LA regions, introducing them to the world of dance and how to express themselves creatively through the artform. 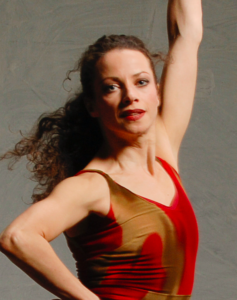 With a dance career spanning more than twenty years, Stephana Arnold loves to bring her wealth of knowledge to her coaching and teaching. Her students have been finalists at prestigious competitions such as YAGP and the Margot Fonteyn Competition (formerly the Genees), accepted to world-renowned Schools, Post-Grad programs, and onto their own dance careers. She was former Resident Choreographer for CatchingArt Contemporary Ballet Theatre, Senior Teacher for Pro Arte Centre, Director of the Dance Conservatory, Co-Director, and Co-Founder of the Dance Conservatory West Vancouver. Currently, Ms. Arnold is an Award-winning Ballet and Contemporary Choreographer, Guest Teacher, Rehearsal Director, and Adjudicator.