I came across an article on the festival in the online Nelson paper and was taken back to the 1970s when I competed in many different piano categories under my teachers over the years: Verica Deerward, Agnes Herbison, and Helen Dahlstrom. What a great experience. From there I went on to complete my ARCT in performance, and do a Bachelor of Music degree at the University of Victoria in composition and theory. These days I live on Hornby Island. I’m so pleased to see that the festival continues and I’m ever so glad to be able to make a donation.

Hi! My name is Karen Wilcox nee( Wilson)
I was born and grew up in Nelson.

I have wonderful memories of the Kootenay Music festival in the mid-fifties.

My Nelson St. Paul’s United Church choir competed every year. A Church choir in Trail was our only competition and we took turns winning every other year. We loved the years it took place in Trail because we got to go on a bus and sing camp songs all the way there and back.

I won the Wood Valance Trophy for first place for Elocution girls under the age 11 category in 1954. Amazingly my aunt Gloria Stone had won that same trophy same for the same category in 1936. It was so neat to see both our names on the little silver plaques on that old banged-up trophy. In fact, it was so beat up that as they presented it to me on stage the big wooden base actually fell off the silver cup and rolled around on the stage. I wonder if anyone knows anymore what happened to that old trophy. I actually have the newspaper clipping showing me with the trophy. Wonderful memories now that I am 71 years old. I just wanted to share my memory and say what a valuable organization was created way back in 1930. I’m so happy to see it still continues.

Practicing and preparing for the festival every year was a big part of our small town excitement. Each category would have many contestants. Those poor judges had to listen to 30 or so little kids each reciting the same poem or singing the same song. Our choir leader, Netta Gansner, encouraged me to enter into the solo singing category the next year. I won first place again but there was no trophy, just a ribbon. They actually recorded our performances and I still have my little 78-speed record.
Karen
(Editor’s note: Karen sent this in 2017. Does anyone know the whereabouts or have any information about the Wood Valance Trophy?    Send us a message.) 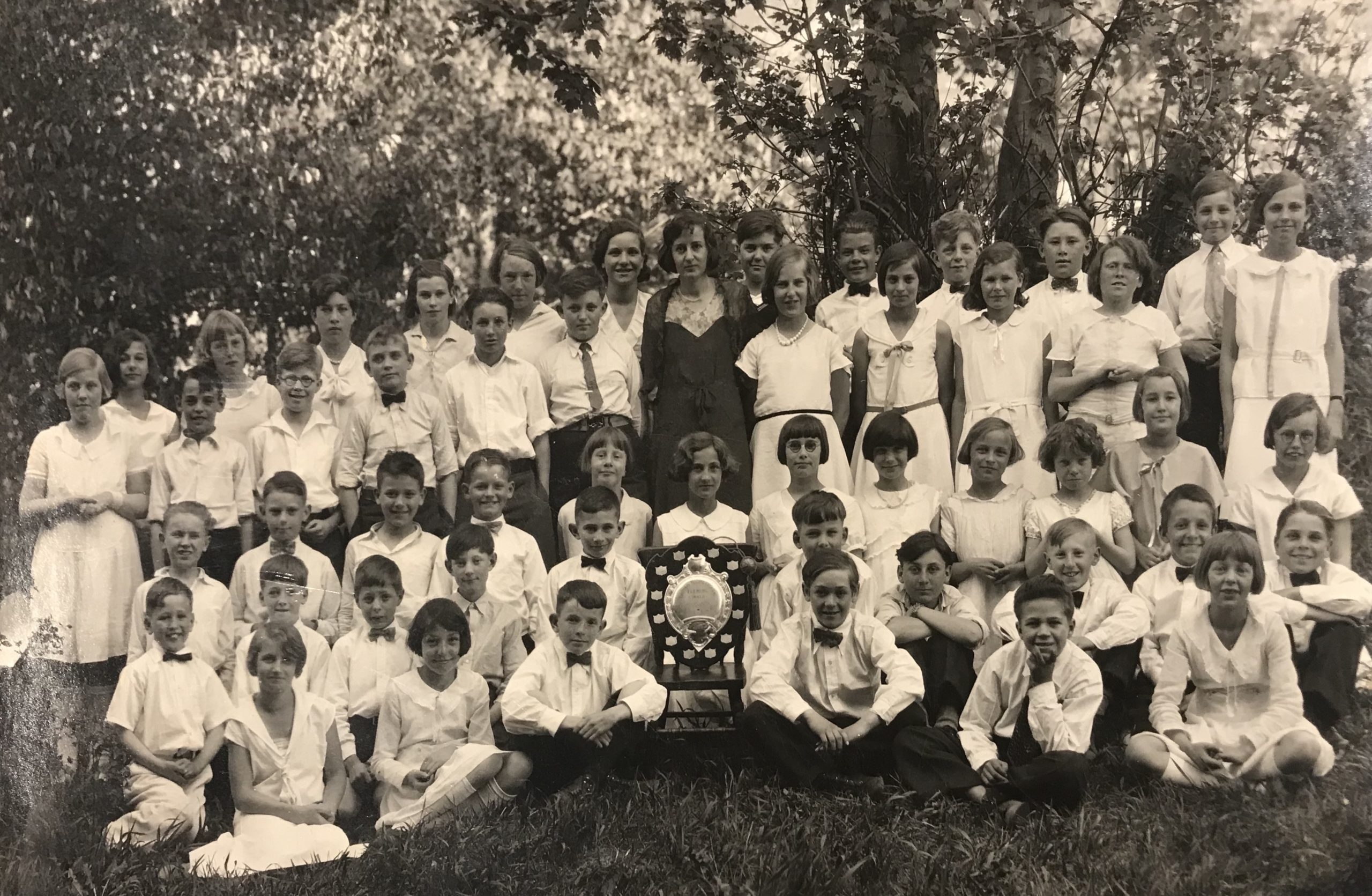 Other trophies from the past
Touchstone Museum in Nelson has several Festival trophies in its collection. Here are some of them…
(click images to enlarge) 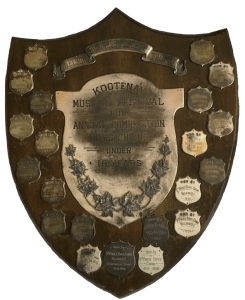 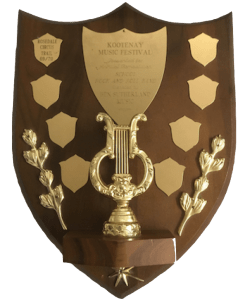 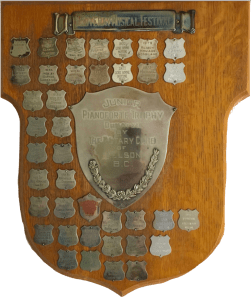 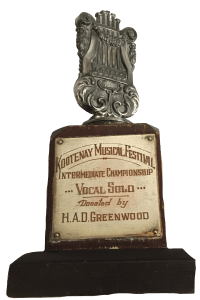 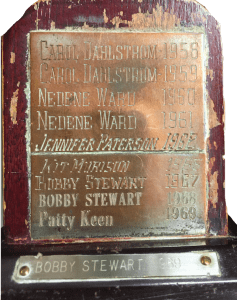 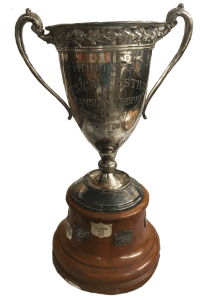 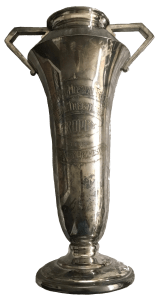 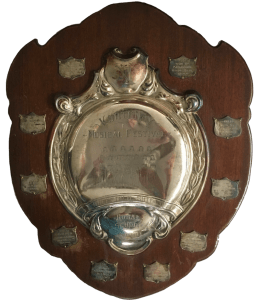 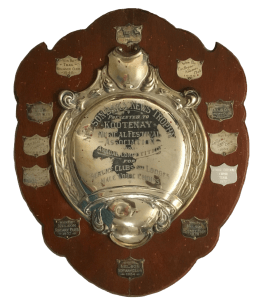