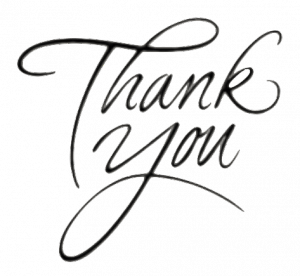 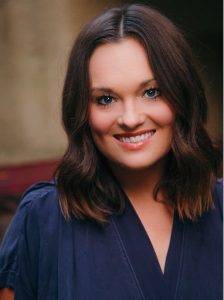 ASHLEY SWEETT is a versatile dance artist who has had the joy of training and working professionally in the dance industry for the past 15 years.

She was raised in Langley BC with a passion and dedication for the performing arts. After graduating as a dance major from The Langley Fine Arts school, Ashley continued her commercial training with Source Dance Company before studying contemporary dance with Modus Operandi under the direction of David Raymond and Tiffany Tregarthen in Vancouver. She later moved to Los Angeles to continue her dance training while attending The Second City ‘Conservatory’ program for improv acting.

Ashley founded Sweett Moves in 2013 which has given her many opportunities to collaborate, create and perform dance works for Dancing On The Edge, Small Stage, Robson Street Business Association, Little India music videos and more. She has choreographed and taught pre-professional dance programs such as Lamon Dance Company, Source Dance Company, Helix Dance Company and The Cecchetti Society of Canada.

Ashley has had the pleasure of working alongside choreographers such as Kelly Konno as assistant choreographer for FOXTV’s Lucifer TV series and choreographer for the 2010 Winter Olympics Celebrations. She was both a dancer and assistant choreographer to Jen Oleksiuk for Netflix’s ‘Adventures of Sabrina’ and to Geneen Georgiv for Hey Ocean’s music video for “ A Song About California.” Her production credits include working as a rehearsal director for Small Stage 36 with choreographer Heather Dotto,  producer/artistic director of ‘Bated Breath’ and ‘Sweett Moves Summer Jam’ as well as Artistic Director for The Lover’s Cabaret alongside Vanessa Young. She has an array of theatre, film and television performance credits including Netflix, Small Stages 35 (Heather Dotto), Disney (Paul Becker), Nickelodeon (Kelly Konno), Times of India Film Awards (Liz Tookey), Alliance Films, One Drop Foundation, MUCH MUSIC, Michael Buble, Goldwell Hair, and PRP Productions.

Ashley currently resides in Vancouver BC where she thrives as a well-respected choreographer and dance teacher. She has been active in the teaching community since 2003 both locally and abroad. For the past 6 years, she has adjudicated throughout Western Canada as well as in Australia. 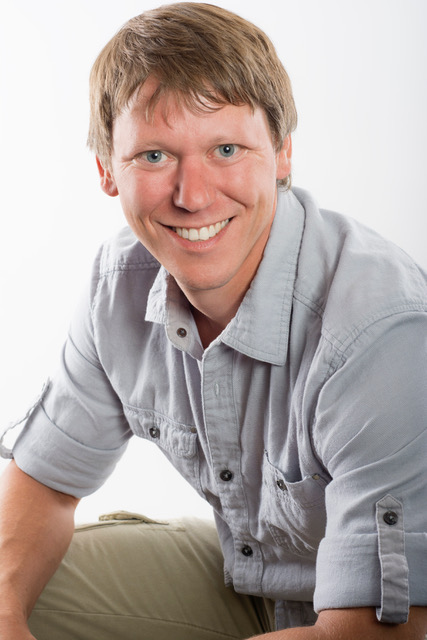 CHRIS LARSEN started his dancing in Prince George, British Columbia with Judy Russell’s Enchainement Dance Centre. He went on to study at the National Ballet School at the age of 13 and after graduating he had the opportunity to train with the Royal Danish Ballet’s apprentice program. After finishing his training he went on to dance as a professional and has over 15 years of performance experience in international ballet companies. He has danced with Ballett-Art François Klaus in Switzerland, the Hong Kong Ballet, and the Birmingham Royal Ballet in the United Kingdom, where he danced for 10 years, retiring as a Soloist. He has performed a large range of roles, from corps de ballet through to principle parts in many of the great classics as well as numerous new works, while also having the opportunity to have roles created on him.

Throughout his career, Chris has had the privilege to be on many worldwide tours and dance in international Galas.

While he was a member of Birmingham Royal Ballet, Chris led and participated in many outreach projects with the company’s Education Department; educating audiences and introducing dance to schools and youth groups. Since retiring from professional dance, Chris received The Professional Dancers Teaching Diploma from the Royal Academy of Dance and returned home to British Columbia. Chris has just recently co-founded Dance Training Okanagan which is hosting a Summer Dance Intensive in Kelowna every summer. 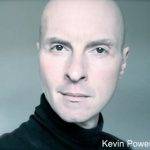 KEVIN POWER has received critical acclaim as a singer/actor from the Times of London to the Globe and Mail and Opera Canada. For decades he has appeared as a character actor on stage, television, and movies – most recently in the 2017 movie, “Incident in a Ghost Land”, premiering on the big screen in the US, and Europe. Ghostland has won top film festival awards and audience acclaim with two best director awards, and two best film awards.

Stage credits include M. André, The Phantom of the Opera (Original Canadian Cast); Tiny Tom, Urinetown: the Musical (Original Canadian Cast), Thenardier, Les Miserables; Rooster, Annie; Cogsworth, Disney’s Beauty & the Beast; and dozens more. He has appeared in concert with some of Canada’s finest orchestras and toured his self-produced show jazz show throughout Canada. He has originated several roles for the Canadian Operetta Company, The Banff Centre, and Welsh National Opera.

He has appeared in lead and principal roles with film studios such as Lifetime Network, Lionsgate studios, the SyFy network, CBC, Bravo and the USA networks and has opposite Dennis Quaid, Patti Labelle, Sarah Chalk, Sarah Brightman and more. Kevin can be seen in the first season of the smash television hit “Suits”, and commercial work. He holds a Bachelor of Music degree in performance and composition.

Kevin is a creative producer and host of the podcast series“SaskScapes”, available on iTunes (and all podcasting apps) and featured on CBC’s national radio and Radio Saskatchewan. www.kevinpower.net 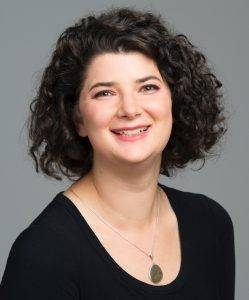 Nina Horvath is a Vancouver based musician active as a pianist, vocalist and administrator. Raised in Rossland, BC, Nina completed her Teacher’s ARCT before going on to further studies at the University of Victoria, University of Denver and the University of British Columbia.

Nina’s greatest passion has always been collaborating with other artists, especially in the creation of new works. She has always been an active leader in the musical community working as a co-founder and director of three new vocal ensembles while in Victoria and as the creator of the First Tuesdays concert series in Denver. She has had the privilege of working with many acclaimed singers including masterclasses with Elly Ameling and Sir Thomas Allen and has pursued extra studies in vocal coaching and art song.

As a performer, Nina has been fortunate to work as a chorister and pianist on three different continents. She has collaborated with artists throughout Canada and the United States with a special focus on vocal and brass music. She is committed to bringing music to small communities like those in her home region of the West Kootenays, where she regularly returns to perform. She has worked from coast to coast, including a year on staff for the Fountain School of Performing Arts at Dalhousie University. She has served as music director on productions in Victoria, Salzburg, Halifax and Vancouver. She is also a committed teacher who has mentored students to award-winning festival and exam performances.

Today, Nina divides her time in Vancouver between serving as Executive Director for the Vancouver Bach Choir, singing with the Vancouver Cantata Singers, working as a pianist and coach at the Vancouver Academy of Music, and playing for as many local singers and instrumentalists as she can. 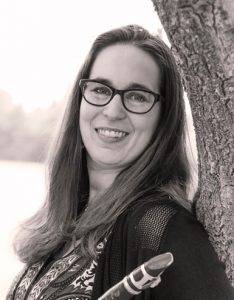 Melissa Goodchild is originally from Windsor, Ontario and received her Bachelor of Music at the University of Windsor. In 2006 she received her Artist Diploma from the University of Western Ontario and continued to study there for her Master of Music in Performance and Literature and received the Bruce and Helen Mills Instrument Award and the Western Graduate Research Scholarship. While in London in addition to University ensembles she performed in the Stratford Civic Orchestra and various other chamber music ensembles. After completing her studies in London, Ontario in 2008 she moved to Edmonton, Alberta where she taught at the Alberta College Conservatory of Music. In addition to teaching she performed in and around the city.

Melissa is currently on leave from her position as Second Clarinet with the Saskatoon Symphony Orchestra and is living in Victoria, British Columbia. The Goodchild Grady Duo is a clarinet percussion duo whose repertoire includes contemporary works with a special interest in, but not limited to, Canadian compositions. The goal of the duo is to bring compositions and performance through concerts and education to communities across Canada. They have performed in several venues in Saskatoon and were artists-in-residence for the Prairie Wind & Silver Sage museum in Val Marie, Saskatchewan in 2016 and at the Banff Centre for the Arts in 2018. In July 2018 the Duo performed at ClarinetFest in Ostend, Belgium. In Saskatoon she has performed in the Strata New Music Festival, been a featured soloist with the Saskatoon Serenade, the Saskatoon Concert Band, and the clarinet choir Reedy, Set, Go! She enjoys teaching students of all ages in private as well as group settings including chamber music, clinics for schools, and events such as Klarinet Kerfuffle. 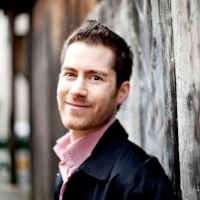 Strings
Known for diversity, innovation and passion, cellist Jeff Faragher has excited audiences and inspired students across North America and in Europe with his dynamic musical style in classical, folk and jazz genres.
Learning a wealth of knowledge is only the beginning. Jeff Faragher believes deeply that sharing this knowledge is of the utmost importance and is passionate about bringing his expertise to the community in a supportive, focused and fun atmosphere. Drawing from his extensive experience working with world-class instructors, he has honed a style that speaks to his students and excites them to find undiscovered heights in their playing. Over the past 20 years, Jeff’s teaching career has seen him as the head cello instructor with the Edmonton Public Schools music enrichment program, director and cello instructor at St. Martin’s String program, assistant string instructor and orchestra conductor at the University of Alberta, strings technique instructor at McGill University and department head of strings at the Conservatory at Grant MacEwan College.
Jeff’s energy and passion for teaching has led him to create programs such as Mountainside Chamber Music in Nelson BC. He is the principal cello instructor and conductor at the Fiddleworks® summer camps, cello clinician at the Central Memorial and Bishop Carol school strings programs and is a highly sought after teacher and clinician for festivals and programs throughout Western Canada. Whatever he is doing, cellist Jeff Faragher is looking to innovate, perform and inspire his audiences, colleagues and students alike.
↑