“A music festival is a good thing in itself. It is chiefly beneficial to the young who through the competitions have an opportunity of learning much about music that they could learn in no other way.  The fact that the festival is to be held annually will encourage interest in music generally as the competitors have to spend months in practicing for the contests.”
…these words were originally written for the first festival in 1930.

The Kootenay Music Festival had its inception with representatives of the Trail Veteran’s Orchestra and the Nelson Symphony Orchestra setting up a joint committee to plan for a Kootenay-wide festival in the spring of 1930. Founders realized that one of the most challenging problems was a suitable venue for a large number of participants and audiences anticipated. The decision to use both the Trinity Church and the Opera House proved very wise as, within a short time, nearly 1,000 competitors were registered in 187 classes. The very first Kootenay Music Festival was held on May 29 & 30, 1930, in Nelson’s venerable old Opera House. Shortly after, on July 17, 1930, the Nelson Musical Festival Association was incorporated under the Societies Act as the governing body of the annual Nelson Music Festival, or “Festival of the Arts” as it is referred to today.

A new Kootenay tradition had been born.

With financial and artistic

success behind them, planning for a 1931 festival in Trail began. A Trail Music Festival Association was assembled, and the Kootenay Music Festival has alternated between Nelson and Trail almost every year since that date, with a wartime break from 1943-46 and from 1964-67 when, with help from the Canada Council, it was once again revived. It also was also cancelled due to the COVID pandemic in 2020-2022 but for an online effort in Nelson.

This venerable two-week festival has been a cultural cornerstone of the history of Nelson and Trail and all the surrounding communities since 1930.  Indeed, it is one of the oldest festival traditions in British Columbia.  Its goals have always been to inspire, educate, evaluate and promote regional students in the performing arts disciplines of piano, strings, voice, choral, dance, drama and speech arts.  The festival supports the many disciplines of performing arts teaching in our region through schools and private teachers. The Kootenay Festival of the Arts has embraced new forms of performing arts expression while respecting and upholding historical forms. 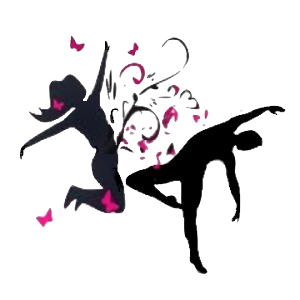